On October 18th, I wrote a piece about the Asian streaming site DramaFever and how it had announced, very suddenly, that it would be shutting down.  In the week since then, the Kdrama and Asian television online community (centered within Facebook groups, Twitter and Reddit comments) have been wildly searching for other ways to access television content legally.

It looks like a site that previously only provided TV shows in Korean (OnDemandKorea) is stepping up to the plate, advertising one of the more popular shows in recent years, Strong Woman Do Bong-soon 힘쎈여자 도봉순 as “coming soon with English subtitles” along with other programs. So it’s clear that other streaming sites know that what AT&T called a “niche audience” and cast off like yesterday’s trash is worthy of attention. Which brings me to today’s topic: the devastating news of the loss of yet another streaming site owned by WarnerMedia and their corporate parent, AT&T- FilmStruck.

If you think that this page looks similar to the one DramaFever had, you’re right. The biggest difference is that FilmStruck is giving their members a good month’s notice instead of, oh, like 24 hours. So if you’re a FilmStruck-er, go and watch a shitload of movies RIGHT NOW. Or at least catalog your watch list and take advantage of the amazing ORIGINAL content that they created.

So let’s say for the sake of argument that you never had FilmStruck. Or that it didn’t work for you on your platform of choice. Or you didn’t don’t care for classic/arthouse cinema. And the same with DramaFever and its offerings of Asian cinema and television. OK, totally your choice. That said, the way these channels were removed and why they were removed and the carelessness and thoughtlessness behind the process is unforgivable. We need to start examining the way these larger corporations are eating up smaller media-providing organizations because, in my mind, destroying them is just a “quick fix” so they don’t get accused of becoming a monopoly. Or maybe it’s the opposite. Maybe the destruction of channels like DramaFever and FilmStruck solidifies their monopolistic practices.

I just keep thinking about the Paramount Decree of 1948 and how that stopped the Hollywood Studio System from having total control over the films that were being shown and (equally as important, especially to the topic at hand) HOW THEY WERE BEING SHOWN. Block booking became illegal and many of the exhibition practices that the major Hollywood Studios were forcing on theaters all over the country were shown to be discriminatory towards independent theaters and were, essentially, bullying tactics.  This case…it’s still important. I feel like it’s useful here because I think AT&T is not-so-subtly removing independent media from viewer accessibility and establishing a dangerous monopolistic precedent only to jockey for first place with another corporate entity.

As I documented in my previous article, AT&T is looking to compete with Netflix. They are the parent company of WarnerMedia who, in turn, owns the streaming sites that have been dropped: Boomerang (a cartoon network) [EDIT: I read that Boomerang was going to be one of the losses in at *least* two different publications when DramaFever was axed- as of today, 10/26/2018, I could no longer find confirmation of that channel’s removal so this is an inaccuracy on my part- apologies!-AS], DramaFever (Asian television), and now FilmStruck (Classic/Arthouse Film). AT&T is chomping at the bit for what I see as “a bigger boat.” They want to create a Mega-Monster Streaming Channel with HBO at the helm (sorta as the selling point), and within the Monster Belly it will contain all the bobs and bits that have been swallowed up from the sites that they have killed in the building process.

As a media archivist I know that one of the trickiest things in our business is licensing.  Full transparency, these are only my thoughts and my musings so I haven’t done deep research on who has the streaming licenses for the films on FilmStruck but I know that there may be multiple bodies since the film content came from Warner Archive, Criterion and TCM. That said, I also know that Criterion still has content available to stream on Kanopy (a library-based media streaming site) so they may have multiple streaming licenses going (or they may have an educational license for that one?). My point with the licensing? Who has the contracts and for how long? Does AT&T own the streaming rights? Are they going to sit on those materials until they create their Monster Channel and then have a Special Classics/Arthouse section? That’s what they promised the DramaFever community.

The people in the DramaFever community have already moved on. We don’t wait for some über channel. We will find our TV shows and our community where ever and however we can. More importantly, we don’t like being treated like second-class citizens. We watch media that is high in emotion and it’s traditionally considered “trash media” since Western society is uncomfortable with the raw display of emotion. So…we’re a “niche” market. 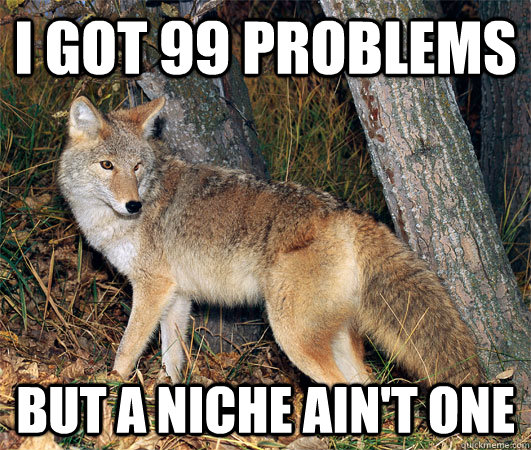 With FilmStruck, I hope that there can be an equal bounce back. What I would like to see happen is for Netflix, Amazon or Hulu to jump in. They could easily do it. Classic films, arthouse cinema, this community is analogous to the one I align myself with in the Korean Drama world. There are films that are high in emotion or extreme in some way- costume, language, make-up. Geez- no one talks like Katherine Hepburn anymore, amirite? And musicals? But FilmStruck has a MUCH higher draw than the dramas that I watch, and I will readily admit that.

The interesting thing about FilmStruck is that, unlike DramaFever, many (certainly not all) of the materials that are being streamed are available on DVD or Blu-ray which (of course) then begins the conversation (as usual) about viewers being “so glad” that they kept their physical media. I’ve seen the word “hoarding” being used a decent amount which…always makes me a little queasy but if that is how you want to refer to your media library, hey- who am I to stop you?
Obviously, this whole situation brings up ideas of access and economics and such. Streaming is far more economical (and thus accessible) for people who are on a lower budget which is more common in this not-so-awesome landscape right now. So it is something to keep in mind.

As an archivist, I will certainly advocate physical media 100%. But we need to look at all sides of streaming and accessibility and what digital might provide and who/what audiences it might welcome. Additionally, if AT&T is going to put all of this content behind an expensive cable paywall…that certainly doesn’t allow for the kind of openness that FilmStruck was known for.

There is a great danger in not speaking up when these corporations swallow us whole. We simply don’t know what parts will be left. If they are holding the licenses to these films and we have to wait…which ones will they come back with? How long will we have to wait? Can we access only part of the package? I HAVE QUESTIONS.

To all of my wonderful friends and colleagues who have put so much work and love and goodness into FilmStruck: you are why we watch. You are why we will always watch.
I love you from the bottom of my sprocketed reel heart.