I’m not going to lie to you. I didn’t see everything this year. I didn’t even come close. In fact, I saw more things that were made in years before this year than in this current one. I went to the Film Noir Festival and the TCM Film Festival (which you can read all about here and here). I did the Reel Grit Six Shooter up at AFI, various stuff at the Cinefamily and a grip of stuff at the New Beverly, not to mention the Egyptian.

IT’S BEEN A GREAT YEAR FOR CINEMA. Just not necessarily new stuff.

Truthfully, if you wanna read that list, hop on over to the illustrious and welcoming Rupert Pupkin Speaks, where he has been gracious enough to provide a space for me to babble on about my favorite films that I watched this year that did not come out this year.

However, since I stayed up WAY TOO LATE last night to be utterly disappointed by the Academy of Motion Picture Arts and Sciences and their idiotic and exasperatingly schizophrenic choices of what are apparently the “best films made in 2012” and their acting milieu, I think I need to post my list too.

I will only go so far as to say that these are the films, actors and theatrical engineers that I enjoyed full-throttle. The individuals that gave me ear-gasms, eye-gasms and brain-gasms. ME, not anyone else. While I would argue vehemently for the inherent quality of any (and indeed all of these films) I believe quite deeply that everyone is entitled to have a differing opinion when it comes to the cinema. If we did not, damn, life would be boring. While I heavily believe that the Academy made gigantic errors in their picks this year for “bests,” I am always more than happy to have healthy debates and discussions on any films as long as they stay respectful of other people’s opinions.

It may seem hypocritical for me to state that I think that the Academy is just flat-out WRONG in one sentence and then happily move forward to chat about being able to agree to disagree on filmic opinion in another, but I believe them to be different arenas. Being that I am in training to become a film archivist, the Academy bears a certain responsibility and it has dropped the ball in the last few years…big time.  While we sit here, fully aware of the changes taking place in our cinematic landscape (35mm to digital, 3D and VFX technologies, etc) there is a large responsibility to history that the Academy bears and I don’t think that they know quite  how to handle it at this juncture in time.

See, this historic responsibility is bisected, with one arm towards the Industry Professionals and the other towards the outside public. What I see here and now is an inability to balance the two, and it’s difficult for them and for us. It is difficult for them because the Business  is their “meat and potatoes” but the PUBLIC is their “bread and butter.” So how do we set this table properly? Everyone needs to stay pleased, everyone needs their money. So how do we maintain a decent set of nominations? It’s not like there weren’t good movies this year. Lord knows, there were great ones. But I really feel like a good chunk of the things that were stuck up on the screen for the year were there to pacify people, to make people happy, and not for representative means.

The Academy Awards are actually important. No one seems to think so. They laugh them off, get screeners, free films, whatever. Sure. At least they do around here. I know how that is. I live in Hollywood. For heaven’s sake, I spent an entire summer archiving all the screener VHS tapes we had gotten from the Academy as a “summer project.” My mom needed to give me something to do. I ended up watching Mike Leigh’s Naked (1993) that way. I might’ve been a bit too young to watch it at that point, but y’know…

In any case, I think it’s odd that people don’t think voting on cultural history is important. Yes, Virginia, that Footloose LP that I got as a kid from the Academy IS cultural history, dammit. So what do we have this year? We have some good stuff and some not so good stuff. Some things that people like and some stuff that I think people think they should like. Some things that I find remarkably offensive and in poor taste and some things that are probably pretty decent but speak to how starved most people are for the kinds of films that used to fulfill people’s entertainment “hole” on a regular basis and make them happy in an unspeakably pure and lovely way.

The Academy was created to house things as the best films of the year. The ultimate examples of filmmaking. Even the nominations should be that way. And these nominations are not that. It is disappointing to say the least. I like my moving image history satisfying. So, on that note, I’m going to give you my favorite films and performances of the year. 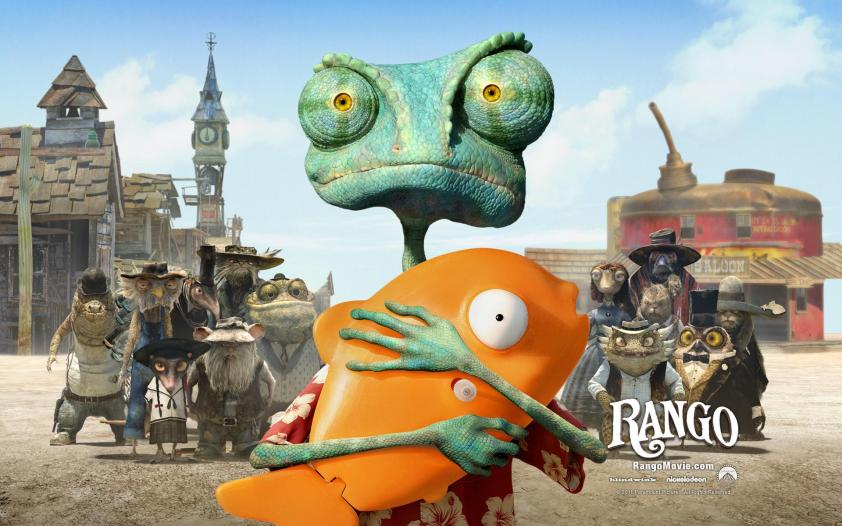 OK, so on this one, I totally agree with the Academy’s nomination and I hope this baby wins. I don’t think I could’ve enjoyed this more if I’d tried. Unless I’d gone to see it…5 or 6 more times. I wish I had. I really really loved this movie and I really really want to own it. If you love Sergio Leone and you have even a smidgen of a sense of humor, I believe you will love this. If not, you might have no soul. I would check.

Patton Oswalt in YOUNG ADULT. While the film had a few problems, I liked it over-all, and HIS performance put me over the moon. It's not just because I like him either. He's a DAMN fine actor and this is the BEST he has EVER EVER been and I simply adored BIG FAN (2009) 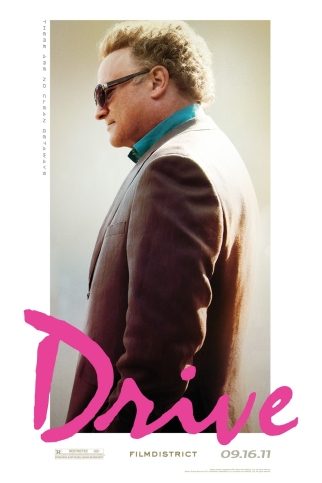 "Nick Nolte. Warrior. Um, I love this film to bits If you wanna know how I really feel, check out the piece I wrote all about it, which was right before this. I REALLY loved this film. Even more than that, Nolte's performance was the best he has given in years. Multi-faceted and just gutting, it was an amazing feat of acting. I bawled and would do so again. 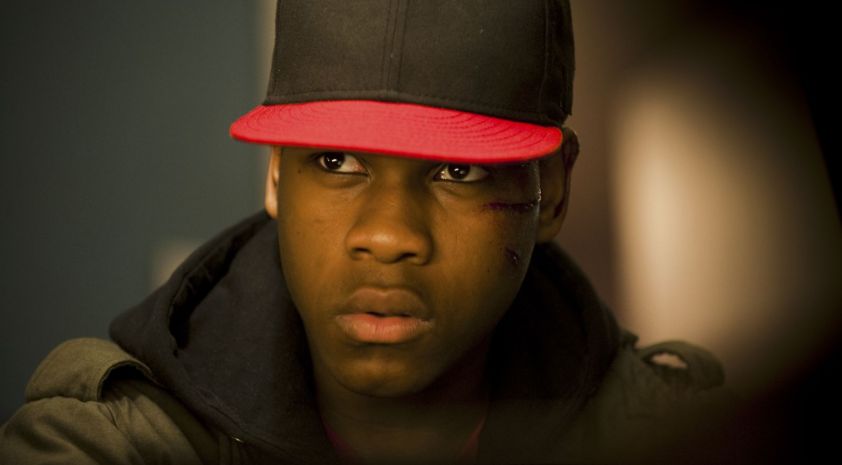 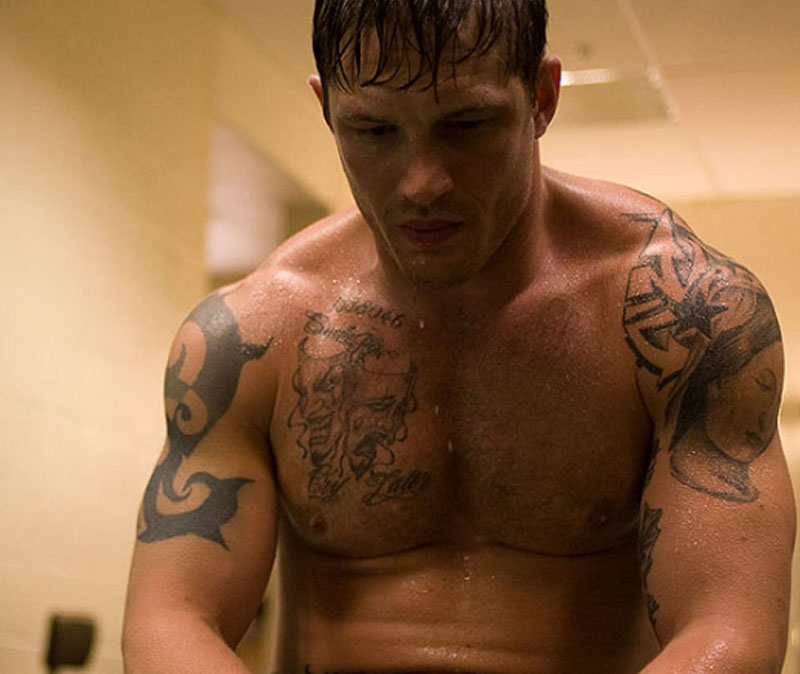 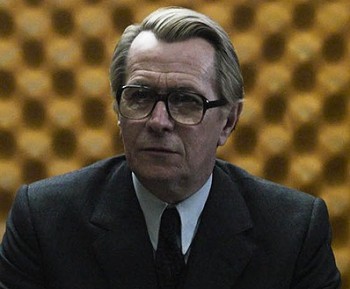 Favorite Female Performances:  It’s been a rough year for the ladies. All the female performances I liked were…second fiddle and not there for very long. Not that this is a new trend (it’s not) but where are the juicy roles for women? I know there were films out there that people argued were very good for women, but those same films, while they were “good for women” also set them back quite a bit. My mom said that Meryl Streep was good in The Iron Lady. I didn’t see it. At this point, I’m going to give my favorite performances to one film I have seen (and adored), one film I haven’t seen but love the actress and trust other people’s judgement, and one that I am seeing next week and will probably absolutely LOVE TO BITS. I wouldn’t usually think it was ethical to pre-favorite a film performance, but with the paucity of chunky, decent female performances this year, I’m going to do it anyway.

I loved this film and I loved Ellen Page in it. SUPER was an uncomfortable and realistic film with gritty, gutsy goodness that I just ate up hungrily. She gave a fantastic show and I REALLY loved her.

I love Tilda. I need Tilda. My life would not be the SAME without Tilda. I have not seen this film but somehow I KNOW she was exquisite. I have neverevernever seen her do wrong. I believe in her. We Need to Talk About Kevin is is a film I desperately Need To See.

I finally get to see MARGARET this upcoming weekend. I bite my thumb at the powers that be who refused to let this film be released and sat on it for so long. It totlally looks like my kind of film. And Anna Paquin looks like she gives a hellova performance. If she doesn't, well, I'm wrong. But I've seen the trailer, chatted with people about it, and I know my taste. I think her placement here will be justified.

I saw this 5 times theatrically and then more times than I can count via a screener. I also spend most of my time listening to the soundtrack obsessively. This film has most assuredly taken over a good chunk of my existence, as most Winding-Refn films do. No shocker there!

Saw this in the theater 4 times, I think. Would love to have seen it 4 more times. More movies like ATTACK THE BLOCK, I say!

I love you Takashi Miike. This movie blew my brain so far outta my head I had to pick the bits of my skull off of the wall of the theater. I simply love this movie more than words can describe. It is intellectual, visceral, VISUAL. So great! What a cinematic triumph. MORE!!

It seems like I'm really obsessed with this film, but I actually just really liked it. It is one of the better films, but I'm not as obsessed with it as I am, say, with DRIVE or ATTACK THE BLOCK. However, it fascinates me as it delves into intellectual areas that I *am* obsessed with AND it's an incredibly well-shot and well-acted film.

The minute I read the book, I loved it. The instant I heard it was being turned into a film by Scorsese, I went insane because I knew it was going to be FABULOUS and it was. Simply FABULOUS. I cried the ENTIRE way through it because I loved it so very very much and it was such a gift to my eyes

Saw this twice. First time in ages a film has made me excited to read the book it came from because the story was *that* great and I knew that the book would contain just as much depth! Saw it twice in the theater, thought it would lose something the second time but I was desperately mistaken. The sign of a great film is that it retains its greatness as well as gaining more with each separate viewing. This has those qualities.