We met at Paramount Studios, up the street from my house, and I walked a 10K with my godfather, his friends, my family and thousands of others. I did this every single year. Including the year where I made absolutely sure that I made enough money that I could go to Disneyland with the rest of the people who raised enough money to go to Disneyland. My friend Elana and I, both 9 or 10 years old at the time (if you think that I try to enlist people into my work NOW, you shoulda seen me as a chunky little kid!!) each raised at least $1000 dollars so that we could go to Disneyland. At night. By ourselves. With hundreds of awesome gay men. Buying up all of the princess costumes and fairy wands. And yes, that was REALLY what they were doing. Also? They were the most excellent babysitters you could ever ask for, by the way. We had more fun that night than…who knows. I remember that night so well. It was 25 years ago.

The adult me remembers the laughter. The adult me also wonders how many of those amazing men and women who asked us, “Who are you here with? NO ONE? By yourselves? Wow!” are still alive. HIV/AIDS became a much more serious thing in my life than something you walk for as I got older.

A few years after that fabulous (in every sense of the word) Disneyland night, I became a HIV/AIDS peer educator for Peer Education Program Los Angeles (P.E.P.L.A) and began 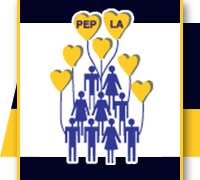 spending time speaking at a variety of youth institutions, educating kids my own age about HIV/AIDS. I was about 13 years old. I went to all-girls-private schools where girls were given SUVs for their 16th birthdays. I went to places like Children of the Night where kids were pimped out by their parents from the age of 9. I went to homes for pregnant teens, drug rehab centers in east L.A., elementary schools (yes, we had to completely restructure our discussion for the under-10-years-old-set), and a school where they knew that we were bringing a HIV+ speaker with us, so parents came and sat in a special section, wearing latex gloves and medical masks. Because the disease is AIRBORNE.

My mother let me skip Real School sometimes to go to do P.E.P.L.A events. It was pretty amazing. I met some of the most amazing people there. Some friends that I still maintain today. The structure was an amazing one: a few teens to talk to other teens about how they specifically are at risk. Because, well, teenagers are well-known for that whole “we’re gonna live forever” thing. So condoms, protection, diseases? Yeah, none of that really comes in. And in the 1990s? Fuggetaboutit.

PEP/LA changed my life. Before that, I had one experience with AIDS. I grew up in a highly gay/queer family landscape. My godfather is gay, a HIGH population of our family friends are gay, so on and so forth. I think I had more queer people around me when I was little than straight people, come to think about it.

So while my father died in the early 80s from a car accident, we were still very close with his musical writing parter named Marc Trujillo, and his “friend” named Frank (this was my interpretation. I was so very young). I have two very specific memories of these important men in my life: Marc and Frank passed away, and they were the first men I knew who were taken due to HIV/AIDS. And my mom told me this. My mother never lied to me and she was always very honest with me. I don’t remember who passed first, how it went, it’s fuzzy. But I do remember having this knowledge. And I recall going to the memorial with my mom. Marc’s family owned a flower store on the corner of La Brea and Fountain. And I think that’s where it was. I have no idea how old I was. But I could also  be mixing memories. What I am not mixing up is the fact that they were the first people I remember being close to me and being part of MY HIV/AIDS world.

Years later, I became such a heavy-duty advocate for HIV/AIDS education that I would start arguments with people (me? no, never!) in my all-girls-Catholic school after ACT-UP was handing out condoms outside one day about how great they were and so forth. I made sure that I always attended the PEP/LA events at Children of The Night.

This was always one of our most difficult events. Many of these kids didn’t stay there and protection on the streets isn’t always an option. Sometimes we would have to talk about how to “fool a trick” into using protection or things like that. WITH YOUNG KIDS. I was 13 and they were my age. And white. And privileged. With a supportive loving family. What right did I have? Except that I cared. Also, some of the kids were already positive. So did it matter at that point? YEAH, it did. We had the information to talk about how the hell to take care of yourself and that there is HOPE. The idea that AIDS is not a death sentence was pretty damn revolutionary in 1994.

I remember the weddings and the funerals. The weddings were amazing. The funerals were fucking crushing. I had more dead friends before I was 16 than any of my other friends in school. But why count? It’s not a competition. I’m just SO MASSIVELY lucky that I got to know them before they left. And for the record, they were not all gay. My first friend who died when I got to PEP/LA was Gary- a gorgeous guy that I had a huge crush on. He had a model-type girlfriend. I used to carry the picture of him & his girlfriend around for a long time. I think that in all my moves it may have gotten lost. But I think I still have the invite to the memorial. The church is in West L.A. He was great.

However, I am deeply grateful to have been a part of my friend John Scott’s life. I was there when he married his beautiful partner, way before legal gay marriage seemed a possibility in anyone’s mind. When he did so, I was a freshman in high school, and all I remember thinking was, “I’m going to an awesome wedding,” and….not even knowing that there were things about getting married THAT WERE ILLEGAL.  My mom drove me all over town when he got sick. I visited him in the towers in Century City, at a few different other places, and at a hospice somewhere too.

But he kept coming out and speaking with us. And he was the “no-bullshit” artist. He would talk about what it was like to end up at the corner near a stoplight and not remember where you needed to go. He would talk about what it was like to always carry an extra pair of underwear with you in case you shit your pants without any warning. He would do this to little spoiled girls at Marlborough school or gangbangers in East L.A. With a smile on his face. Because he would also talk about the fact that these kids had the power not to be in his shoes. 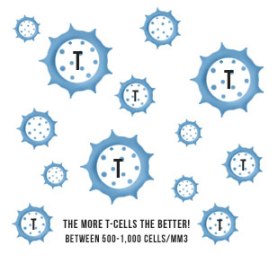 He spoke with us on a regular basis. I spent so much time with him. I remember his laugh. His smile. These things ring on my ears, my eyes. My John Scott. He was devoted. Until he got really sick. To give you an idea of who my beloved friend was, I need to tell you one more thing. One of the things that I loved the most about John Scott is the fact that he named his T-Cells. 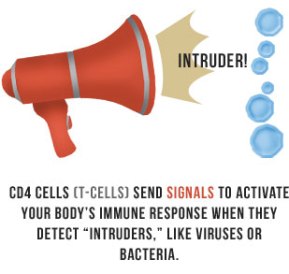 By the very end, he was going down from 7 to 5 to 4. He would say, “Oh, well!  We’re down to Marlena, Joan, Bette and Judy, now! But they’re tough gals! They can handle it!” I may be a little off on the names, but I am 100% certain on Marlena and the idea that he chose tough film stars to name his T-cells after so they could fight for him. John Scott. I have yet to meet his equal in my lifetime. That was 20 years ago.

I left to go to Israel for high school in the spring of 1994, and that April I got a phone call from the head of my program, Wendy.

“John Scott died this morning, Ariel,” my body went cold. He was supposed to wait until I got back so we could talk about cute Israeli boys. I didn’t know what to do with this. I was a world away with people who I didn’t know and who didn’t know me, even if we had been climbing mountains together and traveling through deserts for months. “Hey Ariel, did you hear me?”

“I was there with him at the end and he wanted me to tell you goodbye. Specifically.”

My 15-year-old-self was numb. My now-35-self still doesn’t know how to process that kind of statement. I mumbled thank you, that I would write (there was no email or cell phones…Imagine THAT, y’all!) we both knew how expensive the phone call was, and hung up.

It doesn’t care. But I still do.

AIDS hasn’t gone away. And it’s not like migraines or a bad knee, either. This is still here and it still needs to be attended to. Because I spent most of my young adult life watching my pals die and speaking to kids about it and hoping that someone listened. Because I have friends who still are HIV+ for 20 or 30+ years. Because we want to stay happy and healthy and we don’t want to be the last name on someone’s lips before they are really really really old. Because this is a subject that requires our continual attention- for our health and for the health of those we love. So that next year we will ALL be Still Here.